bits and pieces, because I'm not done yet

We’re all works in progress. I’m creating a place where I can reveal my additions to the world. Just because I can.

END_OF_DOCUMENT_TOKEN_TO_BE_REPLACED

(This is a piece I wrote back in 2013 for a now-defunct blog. I present it with some minor edits.) 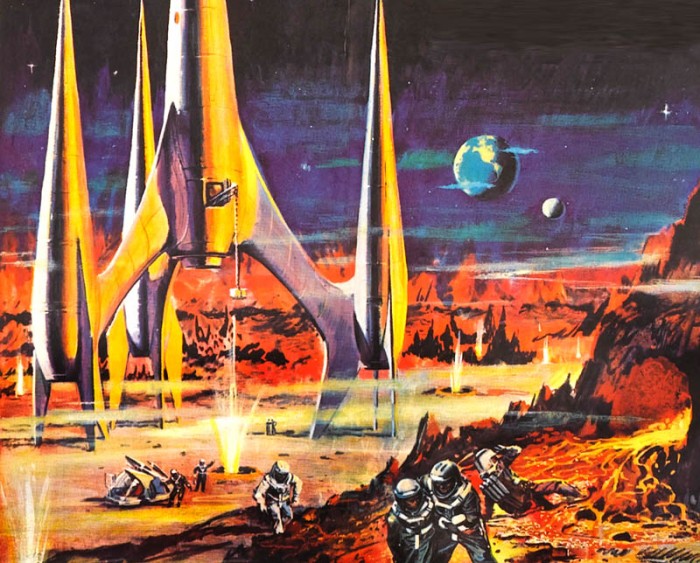 I’ve written in other places about the influence of science fiction, fantasy, and horror literature upon our culture. Writers with an interest in social commentary find science fiction valuable in this regard, for they can explore cultural issues by creating a foreign or alien society, a future or alternate world, and talking there about things that would be difficult to describe here. We can play out fears and hopes, dreams and nightmares, in that sort of fictional setting with a freedom we don’t have with more respectable genres.

This isn’t a new technique. Jonathan Swift used it to advantage in Gulliver’s Travels,back in 1726, a work long recognized as satire and social commentary. The Berber writer Apuleius (who wrote in Latin) did much the same nearly two thousand years ago, with his novel Metamorphosis, or The Golden Ass. In more modern times, there is George Orwell‘s Nineteen Eighty-Four and Animal Farm, and stories from Aldous Huxley such as Brave New World. These and innumerable others were intended primarily as works that told interesting tales as a palatable way of presenting social commentary
END_OF_DOCUMENT_TOKEN_TO_BE_REPLACED

I tend to write long posts. This isn’t one of those. It’s a simple pointer to a monumental study.

The Denier Industrial Complex (DICs) have worked overtime to convince the public—particularly Americans—that the climate isn’t changing. Or if it is, we’re not doing it. Or if we are, it’s no big deal. Or if it is, it’d be too expensive to fix. Or at least more expensive than just letting it happen. None of that is true, of course.

One of the ways they’ve been merchandizing doubt is by spreading the lie that there is doubt. If there is, there should be a way to prove it.

It’s likely we’ve all heard about the studies showing 97% of papers on climate-related topics endorse the global scientific consensus on human-induced climate change. There have been multiple independent studies of scientific papers, using different methodologies, done by different people, all of which show the same thing. Around 97% of climate scientists and of published papers explicitly or implicitly agree that climate change is happening, it’s dangerous, and we’re doing it.

Of the remainder, about 1/3 — 1% of the total — take no position. But what’s in the final 2% of papers? They opposed accepted theories, and advanced some competing ideas. Though it seems unlikely they’re right and the 97% are wrong, this does remain a possibility. This is science after all, not a popularity contest. Thorough investigation demands even unpopular ideas must be fairly considered.

It is possible that this 2% of climate contrarian papers would outline some other theory that explained observed climate phenomena, perhaps better than what is today accepted by the scientific consensus. From an article by Dana Nuccitelli about the research on the research:

Get that? The 2% of papers trying to come up with some other explanation for observed changes to the climate were seriously flawed (read: internally inconsistent), could not be duplicated, and contradicted each other.

The paper itself that described efforts to reproduce the “findings” of climate contrarians can be found here.  The paper is pretty readable, even for non-specialists. It’s a year old already, but not a lot of people know about it, despite it being a vitally important study.

Not only is there immense proof that we are dangerously altering the climate, but there is no other explanation for what is happening.

Don’t let the Denier Industrial Complex fool you. Don’t be a DIC. 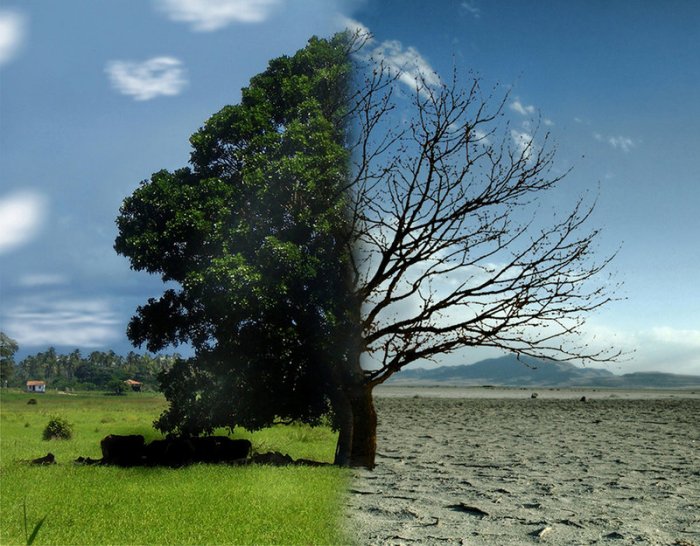 I’ve seen a handful of dumb climate science denier memes that need to be put down. Other bloggers, most far more qualified than I, have done so as well. (The folks at SkepticalScience and Sou at HotWhopper are great at that–I could name a dozen more. I need to put up a Resources sidebar.) But most debunkings I’ve seen are A) really short, B) really technical, C) a few years old, or D) some combination. There are also many that are none of those things, and are damn near perfect. Still, I’d like to try my hand at penning a few.

There is, for instance, something about the Medieval Warm Period (MWP) and the Little Ice Age (LIA) that gets deniers all in a tizzy. Then there’s the Younger Dryas or the Late Holocene. Oh, and what about the 1930’s? These are all examples of, “Climate is always changing! So what if it changes again?” Well, it matters, and we’re doing it this time, and we should lay that out.

We’ve also got conspiracy theories about NASA’s and NOAA’s eee-vil adjustments and how they hide something something mumble something. Most deniers can’t even name a single “adjustment,” though they know they hate them. A few know catchphrases like UHI or ARGO or infilling, but seldom have a clue as to the issues involved, except that it amounts to a conspiracy to alter the data. Deniers love to raise these conspiracies to explain why they don’t believe in global average temperatures. Oddly, deniers are just fine with global average temperature records when they’re talking about the MWP or the LIA, but whatever.

Recently, a few deniers have been caught believing in La Ninas that eat El Ninos, and a zombie “pause” about to come back from the dead, and stepwise warming that’s really entirely natural. I do get blank stares sometimes when I ask dumb deniers what they think the world would be like if the atmosphere held no CO2. That could be worth a spin.

So there’s a list of items I’m working on, in no particular order. Stay tuned….

Climate science denier and conspiracy theorist Jim Steele is arguing that a recent outbreak of deadly anthrax in northern Russia was not caused in the way it was caused.

Now, Jim is not a Big Name Celebrity. He’s an occasional blogger at the conspiracy website WattsUpWithThat, and he’s the author of a self-published book describing his personal journey from, oh never mind, it’s boring.

Since Jim isn’t any sort of famous or influential dude, one might ask, why do I care what he’s arguing? The answer is that I try to keep up on climate denialist memes. What we’re doing to the climate matters. People dedicated to making sure we keep doing it also matter. As informed citizens, we need to be aware of the fraudulent arguments they use to keep the damage happening. We need to be aware so we can respond in the public arena.

Why would a climate science denier care about an anthrax outbreak? Where’s the connection? Therein lies a tale.

END_OF_DOCUMENT_TOKEN_TO_BE_REPLACED

An outbreak of anthrax in northern Russia, not seen in the Arctic since 1941, has been blamed on thawing due to global warming. Click here for the article. The meat of it is contained in this passage:

Earlier this month, an outbreak of anthrax in northern Russia caused the death of a 12-year-old boy and his grandmother and put 90 people in the hospital. …

Record-high temperatures melted Arctic permafrost and released deadly anthrax spores from a thawing carcass of a caribou that had been infected 75 years ago and had stayed frozen in limbo until now. This all suggests that it may not be easy to predict which populations will be most vulnerable to the health impacts of climate change.

Someone I know read this article and insisted global warming had nothing to do with the outbreak, since the caribou had contracted the disease 75 years ago.

To which we have to respond, “What part of ‘thaw’ didn’t you understand?”

The results of the damage we’re doing to our climate are varied and both more subtle and more pervasive than we imagined. We’d better take decisive and effective action.

I recently had a friend tell me that the number of hot days in the United States has declined over the last eighty years, thus proving that if the increased carbon dioxide in the atmosphere is having an effect on climate, it must be cooling the United States. To prove this claim, he showed me the graphic I include below.

A quick Google image search revealed the graphic was taken from climate science denier Tony Heller, aka “Steve Goddard,” via his conspiracy website ironically titled “RealClimateScience.” (I won’t link to it because I don’t want to increase his income from views to the ads on his site.)

The graphic above isn’t the one my friend showed me. I’ll present that one below, if you want to read more.